Our members come from all industries and business sizes, reflecting the cosmopolitan melting pot that is Melbourne.

Since our first event in 2012, The Entourage community in Melbourne has grown to over 150,000 members, ranging from aviation and real estate, to fitness and hospitality. We've hosted countless events including Unconvention, voted in the top 3 best entrepreneur events in the world, and coached thousands of entrepreneurs on their business journey.

Melbourne Businesses We Have Coached

Aaron implemented various sales and marketing strategies to help in achieving profitable growth, which has resulted in opening 54 studios, including one in Jakarta

Aaron's journey with KX Pilates, which teaches a modern evolution of reformer pilates, began in Melbourne, where he opened his first studio.

“The first two years [in business] weren’t much fun; I was just grinding it. So the biggest change for me has been this big change in vision. We hit $20 million last financial year and we’re currently at 54 studios, including our first international studio in Jakarta. The people who should join The Entourage are the people who want to build on themselves and their business; people who don’t feel understood, people ‘got me’ in The Entourage. It’s so important to surround yourself with people who are in a similar place to where you are, and those who are more successful than you.” 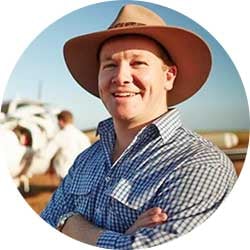 Air Adventure Australia takes travellers from just outside Melbourne to remote and untouched areas across Australia, for a truly unique travel experience.

“Before I joined The Entourage, we were ticking along ok, but we were blissfully ignorant to a lot of deficiencies within our business. Since joining The Entourage, we’ve increased our revenue by an extra $1 million. We’ve also doubled our team, and they’re all tied into the vision of transforming the way our clients experience remote Australia. I think I was on auto-pilot. The Entourage flicked the switch for me - they’ve given me the tools and confidence to take control of my business.”

Take Your Best Next Steps

Discover your best next steps for building the business you’ve always wanted with a 30-minute free call.