Welcome to The Elevated Entrepreneur Experience

For 2 full days, a group of 7 and 8-figure founders will be taken on a guided journey to build an identity that brings two worlds together: the world of business, entrepreneurship and wealth creation, with the world of consciousness, personal development and human potential.

This is an immersive, full-spectrum experience that fuses eastern philosophies with western frameworks. From the latest technologies in personal development, to cutting-edge research in neuroscience, a deep understanding of consciousness and meditation, guided visualisation exercises, and the exact business and leadership strategies that catapult entrepreneurs to 7 and 8-figures, you’ll be empowered to achieve meaningful, long-lasting success and happiness in absolutely every area of your life.

Guided by 5X AFR Young Rich Lister, high profile entrepreneur and investor, and founder of The Entourage, Jack Delosa, you’ll not only gain a deep understanding of how the world’s top performers achieve massive and consistent success, but also build a plan that pulls you towards the highest vision you hold for your business, your loved ones, and your life. 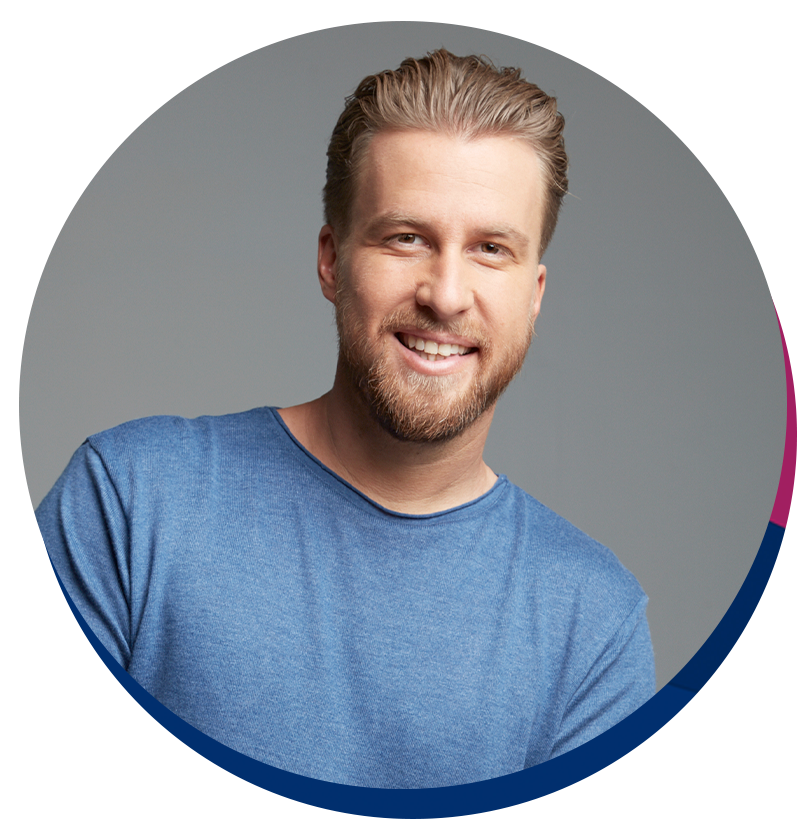 From the time he was born, Jack has had an obsession with human potential.

He is a 5X AFR Young Rich Lister, 2X best-selling author and the founder of Australia’s largest training and coaching provider for entrepreneurs, The Entourage, which has a community of 500,000 members. Since 2010, The Entourage has helped their members add over $2 billion in value to their businesses. Under his leadership, The Entourage has been awarded the 4th Best Place to Work in Australia, and the Top 50 in Australasia, by Best Places To Work.

Prior to The Entourage, Jack was the co-founder and CEO of MBE Group, a company that assisted SME’s in raising money from investors. MBE Group became one of Australia’s fastest growing companies and enabled their clients to raise over $300 million in capital.

Along the way, Jack became a high-profiled investor, investing into companies such as QBioticis, eMerchants and founding The Entourage Growth Fund.

He was brought up in the classroom of life, having learnt from some of the world’s most renowned psychologists and neuroscientists, to high performance experts in America, studying vedic philosophy, yoga and meditation in the hills of Bali, and absorbing wisdom in the mountains of India at the feet of Great Masters for months at a time. Jack’s lifelong research has been integrating consciousness principles with ‘real-world’ business success, to achieve high performance and fulfilment.

Get Your Ticket To Australia's Most Transformational Event

JUST 20 TICKETS LEFT AT THIS PRICE

GET YOUR TICKET NOW

WHO IS THIS EVENT FOR? 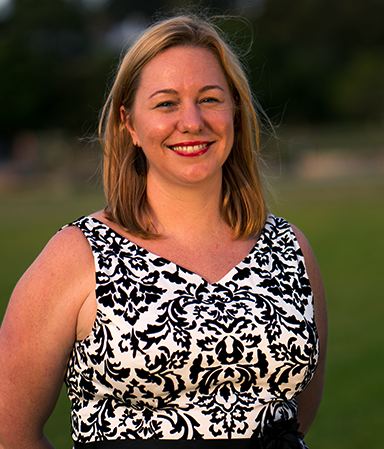 If you're looking to get great insights from one of Australia's most impactful entrepreneurs, and go on a journey of personal and business growth, then this event is for you. Working with Jack for a number of years now, I've taken away new concepts and ideas for looking at some of the major challenges I've been facing in my business and life, and know how to tackle them moving forward.

This is for lifelong learners - The Entourage and Jack can provide the learnings for entrepreneurs at every stage of the journey. The energy at their events are electric, it is absolutely something you cannot miss out on.

CEO & Founder of The Physio Co 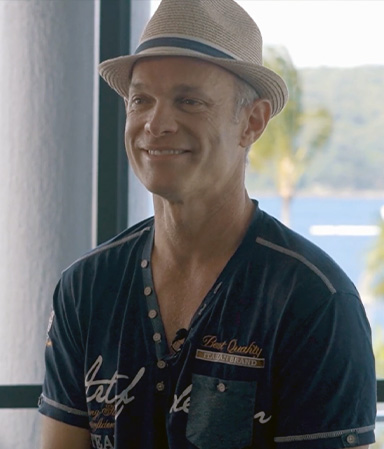 My business has been going for 13 years. I thought I needed strategy and structure to take it to the next level, but what I really needed to work on was me. There's been a lot of personal development and growth I've experienced working with The Entourage, and that's flowed through with the business. It's given me the confidence I need to grow my business. 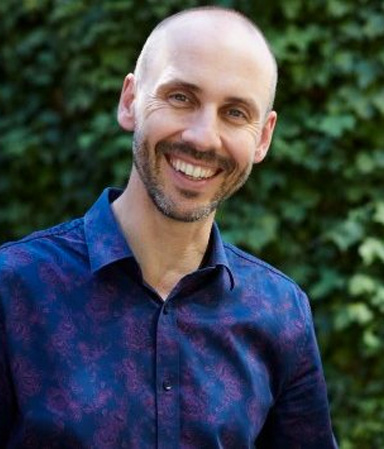 To get where I needed to go, I needed to know where I was. I never had that grounding of where the business was, or who I was as the leader. I had a lot of self-doubt, imposter syndrome kicked in for me, but being surrounded by other entrepreneurs and learning from people like Jack has completely changed the trajectory of my business, and my life. 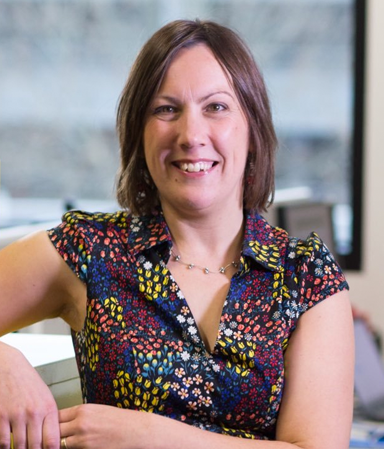 Sometimes as a business owner you can feel overwhelmed and lost, and the imposter syndrome sinks in because you see what everyone else is doing. But, no matter what stage you're at or what business you have, everyone has a goal they want to achieve, and The Enoturage has been so supportive in helping me achieve mine - from the business, to the personal. Not everyone you know in your network is going to understand what you're going through, so get involved.

Get a ‘behind the curtain’ insight into how the world’s greatest entrepreneurs build themselves and their lives, laying the foundations to becoming a conscious wealth creator.

Beliefs shape your behaviour and ultimately your destiny. Breakthrough your limiting beliefs that are keeping you stuck from elevating to the next level.

The Guiding Force Of Your Life: Develop Your Personal Values Part 1

Systematically identify and remove any values conflicts and roadblocks that are keeping you stuck and playing small in life and business.

The Guiding Force Of Your Life: Develop Your Personal Values Part 2

Define and develop your personal values so that you know exactly how to live your unique life for ultimate happiness and success.

Scale To 7 & 8 Figures, Build A Business That Works Without You

In this session Jack will uncover the exact blueprint to accelerating profitable growth, building a business that works without you, and becoming an icon of industry.

Create a vivid and crystal clear vision for your future that literally pulls you toward the highest vision you hold for yourself, your life, and your loved ones.

A panel hosted by Jack Delosa with five Entourage Members who have applied these principles into their life and business.

Apply The Elevated Entrepreneur Behavioural System to ensure that your thoughts, words, actions and habits are all congruently aligned with what you want to achieve in your life.

Who is this event for?

The Elevated Entrepreneur Experience is for 7 & and 8-figure business owners who want to expand their mindset, break through their roadblocks, and elevate every area of their life.

... then The Elevated Entrepreneur Experience is for you.

This is a once-in-a-lifetime opportunity to learn from one of Australia's most in-demand entrepreneurs and business advisors, Jack Delosa, who owes all of his success to the exact strategies, frameworks and principles he will share with you over the 2 days. Don't miss out on this unique opportunity to elevate yourself and your business to the next level.

What can I expect from the day?

For 2 full days, you will immerse yourself into a full-spectrum experience that fuses eastern philosophies with western frameworks. From:

you'll walk away empowered to achieve meaningful and long-lasting success and happiness in absolutely every area of your life.

Guided by 5X AFR Young Rich Lister, high-profile entrepreneur and investor, and founder of The Entourage, Jack Delosa, you'll not only gain a deep understanding of how the world's top performers achieve massive and consistent success, but also build a plan and system that pulls you towards the highest vision you hold for your business, your loved ones and your life.

I'm not a business owner, can I still attend The Elevated Entrepreneur Experience?

The presentations, strategies and case studies that will be shared on the day are relevant to and suitable for business owners doing 7-8 figures in annualised revenue. If you do not yet have a business, the content of the day will be not be relevant to you.

My business is earning less than 7 figures, is this for me?

The presentations, strategies and case studies that will be shared on the day are relevant to and suitable for business owners doing 7-8 figures in annualised revenue. If your business is doing less than 7 figures, you might get something out of the day, but we can't guarantee that everything will be relevant to the stage you're currently at.

Will I get a copy of the slides and recordings from the day?

Yes! Access to a full copy of the recordings and slides used on both days at The Elevated Entrepreneur Experience are included in your ticket. Keep an eye on your email inbox after the event, as we'll send you a link to get the slides and recordings.

I'm really busy at the moment and not sure I can take 2 days away from my business to attend, what should I do?

Your business will never outpace your own growth. Particularly at the 7 and 8-figure level, if you’re still the one “doing everything,” stuck in the day-to-day with your hands on the tools, then that habitual behaviour will only ever hinder the growth of your business. At this stage, “doing more” isn’t the answer for you. It’s not sustainable.

At The Elevated Entrepreneur Experience, you will learn how to get your life back and find true fulfilment. Make the time to come to The Elevated Entrepreneur Experience and be fully present throughout both days, and we guarantee you will walk away with actionable steps on what you need to do to ascend yourself and your business to the next level.

I've attended business conferences, events and seminars in the past, what makes this different?

Firstly, this isn’t just "another business conference." The Elevated Entrepreneur Experience is a truly unique event, and the home stage for entrepreneurship, consciousness, personal development and leadership in Australia. Where else can you gain access to the exact business and leadership strategies that have catapulted entrepreneurs to 7 and 8-figures, engage in ancient consciousness principles to learn to live a life of true fulfilment, and create a clear vision for your future that pulls you towards the highest vision you hold for yourself?

Secondly, there is no other event in Australia that brings together eastern philosophies with western frameworks, the world of business, entrepreneurship and wealth creation with the world of consciousness, personal development and human potential, to enable business owners to elevate every single area of their lives. The event and program has been built and refined over the past 11 years by one of Australia's most in-demand business experts and advisors, who has used these extact strategies to find incredible success. As a result, The Elevated Entrepreneur Experience is unique catalyst for unparalleled levels of personal and business growth - we know the day will offer you the same spark that propels you and your business forward.